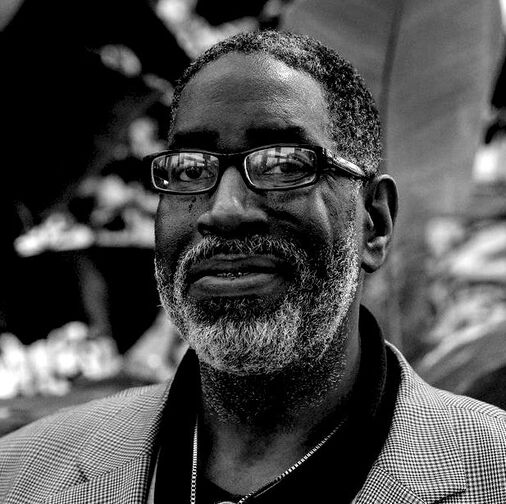 Pastor Luther Mason
​
Pastor Luther C. Mason is a Local Licensed Pastor and Certified Candidate for Ordained Ministry in the
Northern Illinois Conference (NIC) of the United Methodist Church (UMC). In October of 2013 he answered the
call to serve a mid-conference year vacancy and was assigned as the District Superintendent Supply Interim
Pastor of Chicago: Greenstone UMC, on the Southside in the Historic Pullman National Monument. Earning the
full assignment as D.S. Supply Pastor June 2014 and now appointed as a Local Licensed Pastor to Greenstone as
of May 1st, 2016, serving now for a total of 8 years as the pastor. Under his leadership the church has begun the
undertaking of restoration/renovations to the historic building completing ‘Phase-I’ December 2020, as well as
the building-up of current and new ministries to better serve the community as we “Raise, Repair, Restore, both church and community, by ‘Loving and Serving God and God’s People,’ it’s a Love Revolution and a Mission Possible!

Pastor Mason was born, raised, and educated in Indianapolis, Indiana. He attended the Indianapolis Public School System, and studied at Ball State University, and Indiana Vocational and Technical College both in Muncie, IN, Indiana University Purdue University Indianapolis (IUPUI), and Vincennes University, Ft. Harrison, IN. where he study Accounting while working for the Defense Finance and Accounting Service at Ft. Harrison from 1992-95. He has been in the building and construction trades on various levels for over 30 years. Since 2007 his work has primarily been in the greater Chicagoland Area, and beyond, with a concentration in commercial and residential rehab, new construction, energy related construction/Weatherization, project consulting, management, and planning, as well as program and funding development. He has managed multi-millions in project funding from local to federal as well as private dollars in the field of building and construction.

Since fall of 1998 he has worked in the field of Residential Energy Conservation/Weatherization Building Science, residential lead-based paint remediation (Lead Inspector/Risk Assessor) for Community Action of Greater Indianapolis, until 2006. Also, during that same period, he was co-owner of Energy Concepts Building Technology General Contractor and built the first phase of Millennium Place, a HOPE 6 HUD (U.S. Housing and Urban Development) grant project of $2.7 million for new housing in Muncie, IN from 2002-2003. He is currently an independent Construction Project Consultant/Manager specializing in New and Existing Construction and Weatherization. He was instrumental in the development, implementation, and performance of the Illinois Urban Weatherization Initiative (UWI), Residential Weatherization Program (RWP), which was a $425 million training and home weatherization program. He was the operations manager for W&M Insulation & Construction Services, Inc., a minority owned company in Indianapolis & South Holland, Illinois, who was a contractor for CEDA (Community and Economic Development Association of Cook County, Incorporated) for the Illinois Weatherization Assistance Program (IWAP), and a service provider for The Illinois Urban Weatherization Initiative. At W&M he also managed multi-family (high and low-rise) rehab and construction
projects. Currently he is developing the funding, and construction phases of the historic restoration project of the Greenstone United Methodist Church in the Pullman National Monument, Chicago, IL, as well as developing a work-force development construction training program that will have a special focus on construction and historic preservation.

As an entrepreneur, Mason & Associates has taken on the moto of: “We build the team to build your dream on time and on budget!”, fulfilling your construction needs. He has taken on teaching churches how to be their own General Contractor which helps you cut cost to bring more funding to the “brick & mortar” phase of your project. Mason & Associates consults and manages projects, building from our vast array of multi-talented contractors and tradespeople to produce a quality-built project, large or small. Efficient construction administration is key to a well ran project. We care that you save money, so develop cost effective budgets as well as negotiate cost to keep your project spending inline.

Pastor Mason began his exploration of the candidacy for Licensed and Ordained Ministry at St. Mark UMC Chicago, in 2010, becoming a declared candidate in 2011, and became a member of the Ministerial Team as an Assistant Minister at the same time until November 2013. He is continuing his studies on the Elders tract for Ordination through “Course of Study Program” at Garrett Evangelical Seminary, Evanston, IL. Pastor Mason is also the current President for the Northern Illinois Conference Black United Methodist Pastors (BUMP) and represents the UMC on the Chicago area Pan-Methodist Pastors Alliance, he is a member of Black Methodist for Church Renewal’s Executive Team, and he serves on the NIC’s Board of Church and Society, and Anti-Racism Task-force.

Civically he has been a leader, and Chair, of Action Council and Green Jobs Task-force, for SOUL, Southsiders Organized for Unity & Liberation a “Economic, Social, and Racial Justice” organization on Chicago’s Southside. He was an instrumental part in creating the Illinois Urban Weatherization Initiative (UWI), green-jobs training and weatherization program. He played a key role in organizing a Violence Taskforce, addressing this multi-prong issue that has plagued Chicago, as well as awarded SOUL’s Leader of the Year in 2010. He is currently a Board Member and the organizations Treasurer. He was also a founding leader and Board Member with IIRON, the Illinois Indiana Regional Organizing Network, a “Economic and Social Justice” advocacy network. Pastor Mason became a board member of Voice of the City (VOTC) in 2020, with the expansion of their youth programing on the Southside. He has worked on several committees addressing youth and young adult violence on Chicago’s south side while involved with, CAP’s 5th District Ministerial Committee, as well as with the Chicago Community Trust. He has built partnership with Partners for Sacred Places, Pullman Rising, Pullman National Monument, Pullman Civic Organization, Historic Pullman Foundation, Boy Scouts of America, Coalition for Modern Metra Electric CMME, the National Trust for Historic Preservation, and Landmarks Illinois.